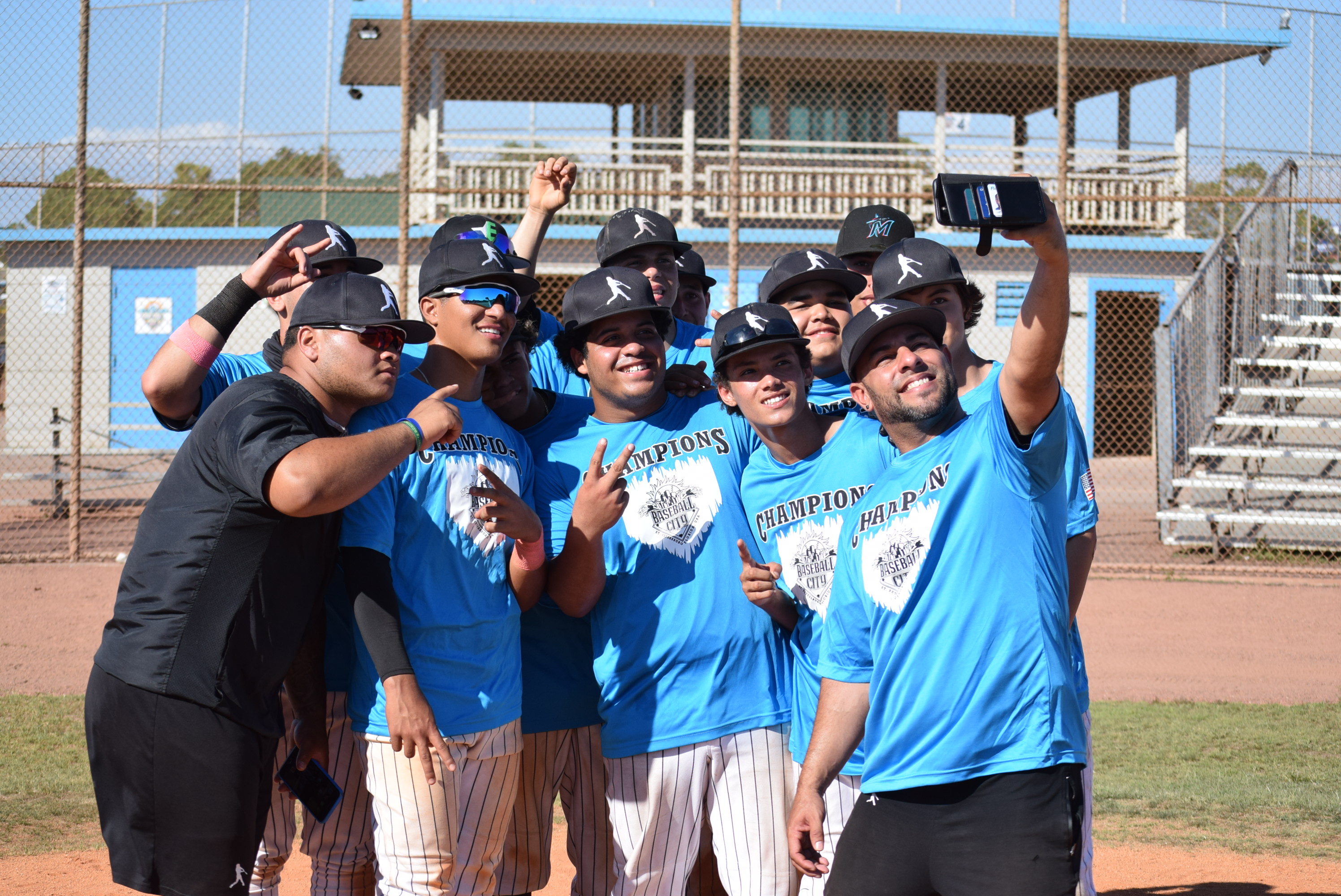 ST. PETERSBURGH, FL –  The 18U PTI Maniacs High School program defeated FIBA in a very well fought extra inning game 3-2 . The Maniacs finished with a perfect (4-0) record as the #1 seed.

After a (2-0) start on saturday that gave the Maniacs a #1 seed, the team earned a bye into the semi final round .

Maniacs handed the ball to 6’8″ right hander Manny Doorey who tossed one of his best games going a complete 6.0 innings pitched allowing 2 earned, only walking 1 batter while striking out 11. The game finished 5-2 led by late game offensive rally.

Alex Broche tossed the championship game as he also threw a complete game that went into extras. Broche threw 8 innings allowing just 3 hits, no earned runs, walked only 1 batters and struck out 3. The Maniacs fell behind after a few 1st inning  mistakes led to 2 unearned runs. The game would remain 2-0 until the 5th when the Maniacs rallied to tie it at 2 with a single by Alexis Ocasio. In the 8th inning with bases loaded, Justin Martinez walked in what would be the winning run. Broche took the ball with a Texas tie breaker in the 8th and got  the first batter to fly out to left, followed by a game ending, perfectly executed 6-4-3 double play started by Mychael DelToro to end the game and give the Maniacs yet another championship victory.

The Maniacs will travel to East Cobb, Georgia next to play in the Perfect Game Classic to end the spring season.

The Official Site of Jerry Gonzalez 2022 . Powered by WordPress